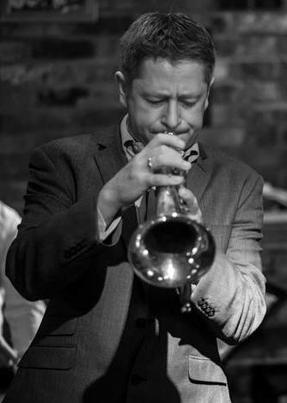  Born into a musical family, Gabriel Garrick took up trumpet aged seven and started gigging at an early age with his father and brother. He has had exposure to pretty much every major player on the British jazz scene since his early childhood.....with Michael Garrick as his father it was pretty unavoidable!

Gabriel graduated from the Royal Academy of Music jazz course in 1995 (BMus and LRAM).  Whilst at the Academy he worked with the National Youth Jazz Orchestra.

CLICK to read a review of this gig written by Trevor Bannister for thejazzmann.com