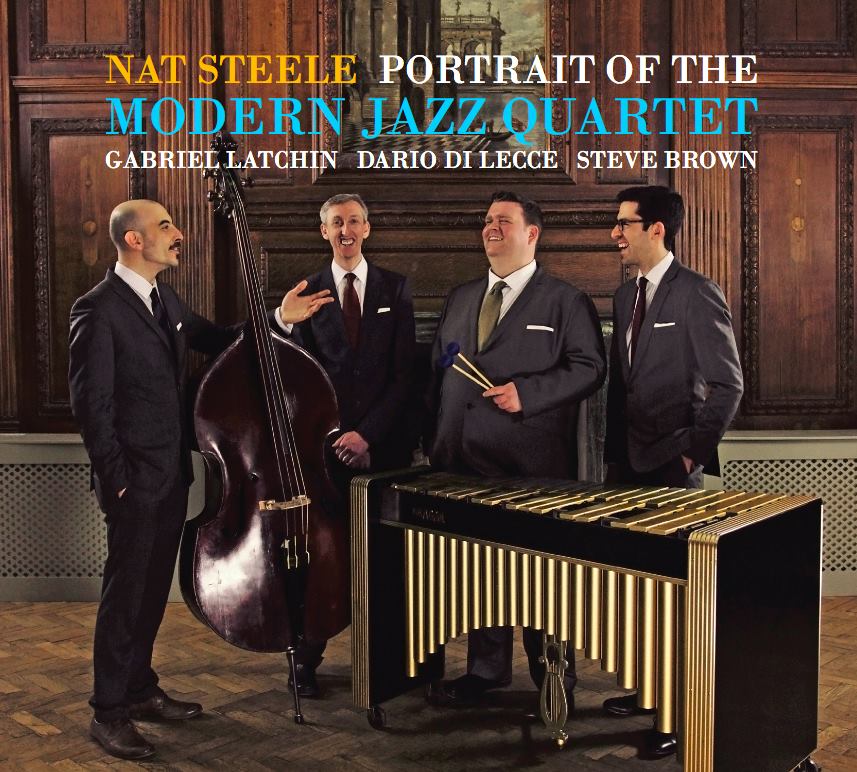 PORTRAIT OF THE MODERN JAZZ QUARTET

The quartet performs the music of one of the most successful and influential jazz groups of the 20th century, the ‘Modern Jazz Quartet’, as it was otherwise known. Joining him are the young pianist Gabriel Latchin (Christian McBride, Renée Fleming), Italian bassist Dario Di Lecce (George Garzone, Renato D'Aiello) and Steve Brown (Benny Golson, Scott Hamilton) on drums. The gig will feature tunes from the album, among them such stellar favourites such as ‘Django’, ‘Softly, As In A Morning Sunrise’, ‘Bags Groove’, and a complete performance of ‘La Ronde Suite’.

‘Portrait Of The MJQ’ is the debut album of vibraphonist Nat Steele, released at a sold out CD launch at Ronnie Scott’s Jazz Club on September 15 2017, with a swinging take on the music of the MJQ.