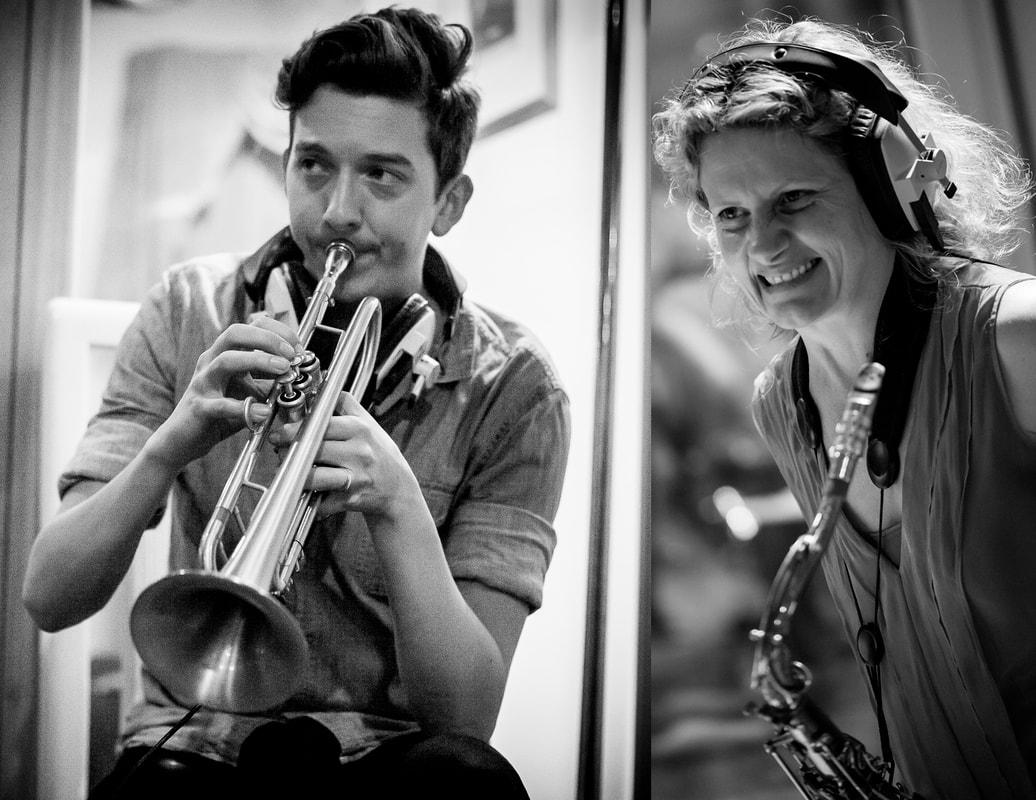 Influenced at an early age by Dexter Gordon, Karen Sharp is in great demand as a tenor sax player with an accessible yet distinctive style. 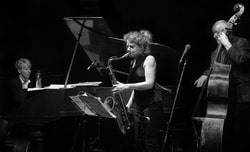 STUDIO PHOTOS BY MONIKA S. JAKUBOWSKA
Born in Suffolk in 1971, Karen Sharp developed a love of music from an early age. She took up the piano and clarinet whilst at primary school and it was not long before she began writing music and working as an accompanist for local music groups. After graduating in composition at the Royal Northern College of Music, Karen discovered a love of jazz and was inspired to play the tenor sax by two giants of improvisation - Dexter Gordon and Sonny Rollins.

On relocating to London in 2000, Karen's career took off when she was asked to join Humphrey Lyttelton's band with whom she toured the UK and Europe for four years. During this period Karen also worked hard to establish her own band, recording the first of five albums under her own name and touring at festivals and jazz clubs. She has also toured and recorded extensively as a 'side man' with some wonderful musicians that include Tina May, Nikki Iles, Esther Miller, Jeremy Pelt, Alan Barnes, John Dankworth and Jacquie Dankworth.

A busy and popular musician with an accessible yet distinctive style, Karen has won the tenor saxophone category of the British Jazz Awards on numerous occasions. She tours regularly with her quartet which features Nikki Iles, Dave Green and Steve Brown and she plays with numerous larger ensembles including Robert Fowler's 'Gerry Mulligan Concert Jazz Band', Steve Waterman's Big Band and the Stan Tracey Big Band.

More recently Karen was delighted to be part of the 'Guy Barker Big Band', performing at the BBC proms in 2015 and 2017. Recent recording projects include the 'Barnes/O'Higgins – The Sax Section', a project for five saxophones, Alan Barnes' 'A Christmas Carol', and her latest quartet album, 'The Sun, the Moon and You', released March 2018 on 'Trio Records'. 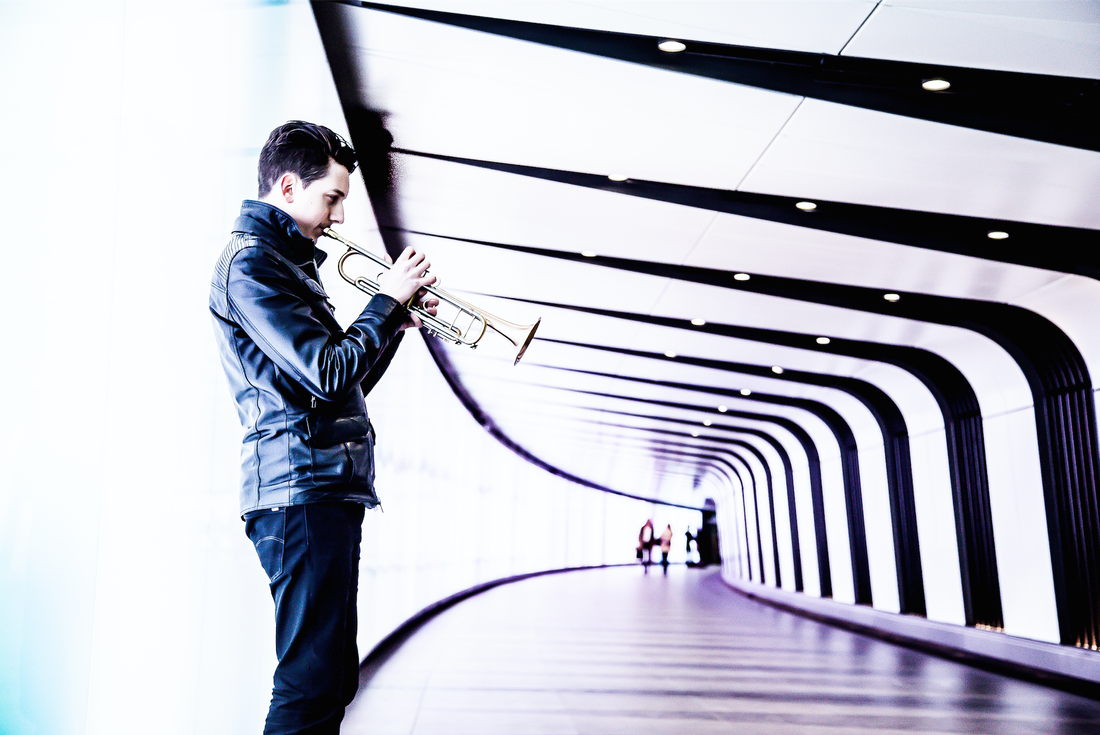 Winner of the British Jazz Awards “Best Trumpet of 2017,” Freddie has cemented his place as a leading light on the British Jazz scene. With the release of his debut album “Transient” in April 2017, his star is certainly on the rise.
He is a member of the Ronnie Scott’s Club Quintet and jazz-rock outfit Fletch’s Brew as well as being a band leader in his own right. A fearless improviser, “he solos with fluent authority, his tone ranging from the warmly conversational to the eloquently strident.”
“Clearly one to watch”

Ivan Hewitt, The Daily Telegraph
A graduate of the Royal Academy of Music and the National Youth Jazz Orchestra, he rose to prominence through the John Dankworth Orchestra, and has been a member of the Ronnie Scott’s Jazz Orchestra for ten years.

He has appeared as soloist with the BBC Big Band, twice at the BBC Proms at the Royal Albert Hall, and brought Roger Michell’s 2013 film “Le Week-end” to life with his inimitable muted trumpet stylings. Freddie has played with, among others, Peter Erskine, Joe Locke, John Hendricks, Kenny Wheeler, Stan Sulzmann, Tim Garland, Jon Faddis, Gregory Porter, Curtis Stigers, Paloma Faith, Jess Glynne, Seth McFarlane and Dionne Warwick.
Freddie has composed and arranged extensively, including Alexander Stewart’s masterpiece “I Thought About You” and the stunning “Beloved” commissioned by Calum Au for his 2012 release “Something’s Coming.”