7:30 pm Friday 3 September
in the Recital Room
(with reduced capacity)​ 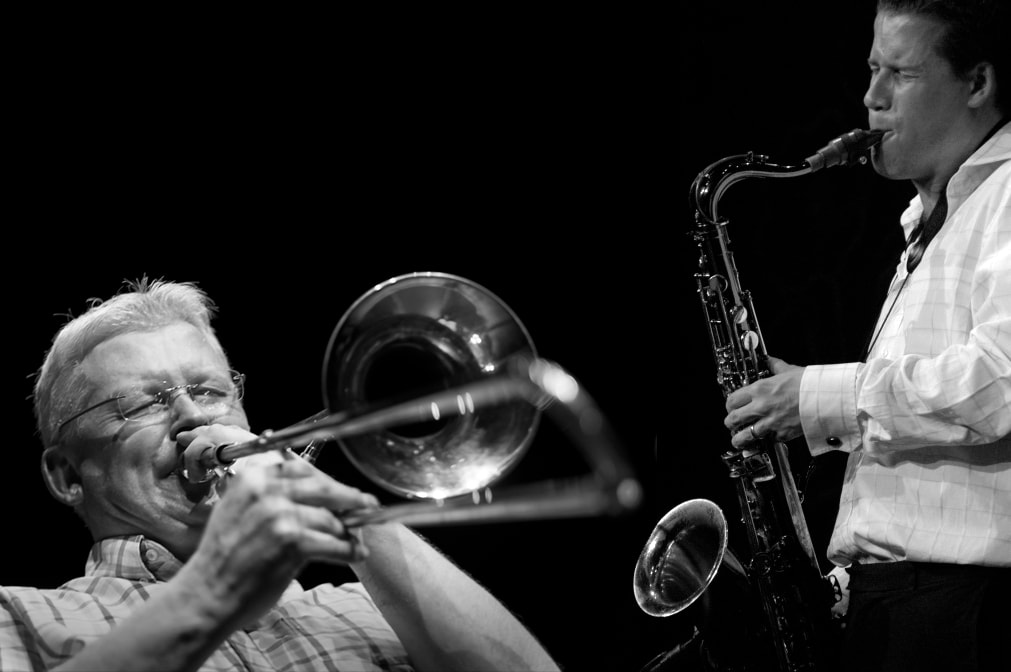 Multi award-winning jazz trombonist Mark Nightingale is now a firmly established favourite on the UK jazz scene, and has gained a reputation as one of the top-flight jazz trombonists in Europe and worldwide. Mark has had longstanding musical associations playing in bands lead by John Dankworth, Cleo Laine, Stan Tracey, Kenny Wheeler, Andy Panayi, Clark Tracey, and Alan Barnes over the years. He also fronts various small groups and a big band of his own, featuring his own compositions and arrangements. Mark is also a busy studio musician in London and has played on hundreds of movie soundtracks, and has been fortunate to play and record with some of the greats in all genres of music. These include Ray Brown, Clark Terry, Scott Hamilton, James Morrison, Bill Holman, Frank Sinatra, Charlie Watts, Sting and Steely Dan. He is best known to many young players for his growing catalogue of educational studies and short pieces published by ‘Warwick Music’, and used extensively by the ABRSM and Trinity/Guildhall in their music exam syllabi.

"This guy should be paid by the note!"  — Sammy Nestico
Simon Allen began his career with the National Youth Jazz Orchestra and the Pendulum Jazz Orchestra, performing alongside the likes of Jazz Stars Art Themen, Gerard Presencer, Jamie Cullum and Peter King.


“Allen, the latest in a long line of gifted Tracey saxophone -recruits, brings a searing urgency...... with Allen injecting an -anthemic soul-jazzy heat (an unfamiliar -ingredient for a Tracey album)” - John Fordham, The Guardian