Born in 1989, alto saxophonist Sam Braysher studied at the Guildhall School of Music and Drama in London, graduating in 2011 with First Class Honours. He was also an Artist Fellow at the School and a Chartered Surveyors’ Prize winner.

Based in East London, he now maintains a busy freelance career playing saxophone and occasional clarinet across a wide variety of music, including early jazz and swing, straight-ahead and more contemporary styles of jazz.  He has recently been heard as a sideman with musicians and bands including ECM artist John Warren’s Nonet, Elaine Delmar, Barry Green Sextet and Quartet, a co-led quartet with trumpeter Miguel Gorodi, the London Jazz Orchestra, London City Big Band, Alex Mendham & His Orchestra, Calum Gourlay Big Band and REBOP – a collaborative international quintet that features Rossy on vibraphone. He has performed at all the major London venues – Ronnie Scott’s, Pizza Express Jazz Club, the Vortex, Kansas Smitty’s, the 606 Club, the Barbican Hall, Kings Place, Cadogan Hall and Royal Festival Hall – and appears with increasing regularity at clubs and festivals in mainland Europe.

When leading his own trio or quartet (an early edition of which won the 2010 UK Jazz Radio Young Performers’ Award) he takes a particular interest in exploring lesser-known material from the American Songbook and jazz canon.

In 2017 he released his debut album, a duo recording with the American pianist Michael Kanan on Fresh Sound New Talent Records, becoming the first British bandleader to appear on the iconic Spanish label that launched the careers of Brad Mehldau, Ambrose Akinmusire, Robert Glasper and Kurt Rosenwinkel.  Golden Earrings was warmly received by critics, with Dave Gelly awarding it four stars in a review for the Observer and a number of jazz journalists selecting it amongst their ‘Best of 2017’ lists. 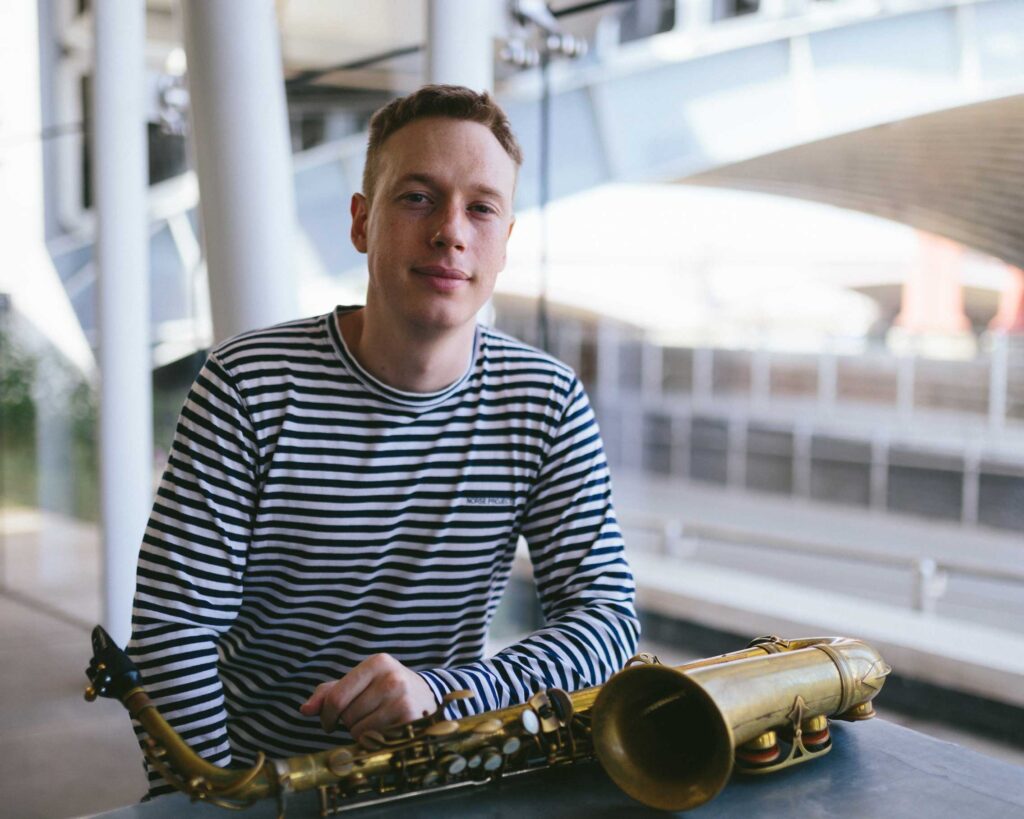